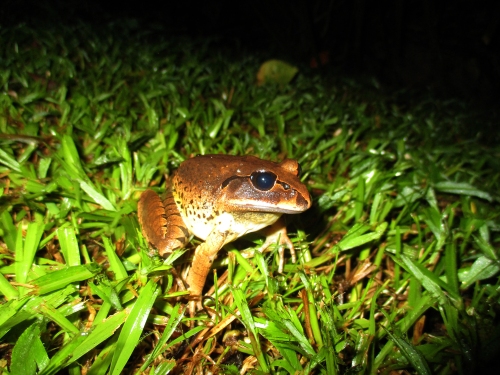 Early start to the rainy season although still too early to predict how El Nino will play out here.   Frogs are out and about as well as 2 cane toads which looked thin and lacking their usual robust demeanor.

– Southern Queensland has being gripped by furnace-like temperatures, said the local RSPCA. This has in turn caused mass bat deaths in at least 25 separate colonies which have been reported since the weekend, including at Mt Ommaney, Redbank, Boonah, Palmwoods, Laidley and Gatton. RSPCA spokesman Michael Beatty says the heatwave was a significant hit to the population of bats across the state, reports the ABC news station. “The heatwave was basically a catastrophe for all the bat colonies in south-east Queensland.”
http://www.independent.co.uk/news/world/australasia/its-raining-bats-100000-rotting-carcasses-fall-from-the-sky-during-australian-heatwave-9048388.html

I have picked up dead frogs and 3 cane toads in the gardens which I have never had to do before. Along with the dead monarch butterfly caterpillars many new leaves on vegetables have been burnt off. No sign at all this season of the Great Barred Frog which usually is heard and seen at night from November. Last night on my garden exploration I saw green tree frogs but no Barred frogs. Luckily 33 mm of rain has fallen since. Local widespread herbicide drift could be contributing too which needs more urgent study.

The extreme environmental events no longer make mainstream news so I am assuming the powers that be have either decided its all too hard with dramatic local climatic fluctuations ( record temps all over Australia being recorded ) or there is no way our economic model can modify to take the reality of human-created climate change into account. 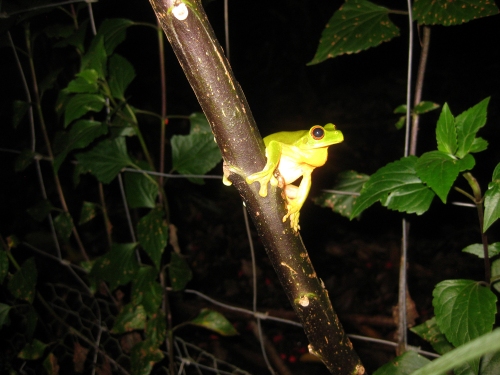 Raining again following a couple of days of some sun during which Lil and I started on the rehab of the sodden garden. Grass mowed and tomatoes picked and dehydrated.

More spraying with Round-up in the valley on public land. When approached the sprayer said, not to worry, its frog friendly.