With the continuing rain there is an explosion of fungi’s. I think this one is Amanita ananiceps.

Below is a fallen fig tree 5 years on.

With the cotton plant disappearing in the valley, due to spraying, the monarch butterfly is loosing its food source. New comers into the valley are spraying herbicides to do their mowing. Another phone call informed me that lantana is to be sprayed to a creeks edge from which 5 domestic dwellings source their water. ( I would like to see compulsory water collection from all roof spaces).

A phone call to Byron Shire Council informed the caller that Council has a herbicide free policy ???? Has anyone told land-care ( scare) and their hapless workers? 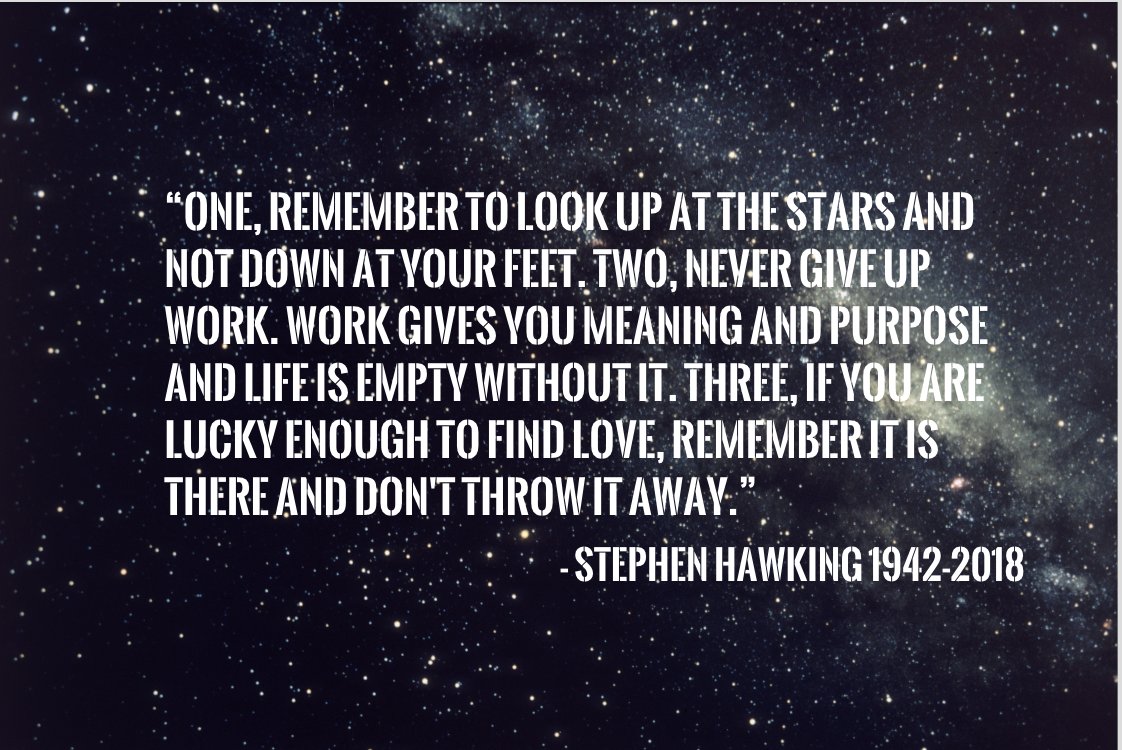 Humid. Rain fell at 6 pm on Friday evening and well after I was home.

Town day yesterday which was informative and at the same time discouraging on herbicide use by contractors with-in the Shire.  One man said he saw a pink liquid being hosed out alongside the public road. He did not get a photograph. Another told me of underhand spraying taking place by Contractors. Urging all who witness indiscriminate spraying to photograph.

Byron Council notices inform us the Bangalow Sportsfields are to be sprayed with Metasulfuron Methyl and MSMA during this month of March. A wet month too and the active life of these chemicals is months.

What happened to the very expensive weed steamer Council purchased?

Being used on sports fields. http://www.pesticideinfo.org/Detail_Chemical.jsp?Rec_Id=PC32882#ChemID

Re metsulfuron: was from research I did a while back. I think paper was from Cornell Uni. In New York.
Not to plant in treated areas for at least 1 year. Should not be used in consecutive years to avoid accumulation in soils. Low toxicity to birds and honey bees. Kills native grasses. Breakdown in soils is dependant on soil temperature, moisture content and ph. Degrades faster under acidic conditions and high moisture content and high temperature.

Thank you to Sharon for the above information. Byron Herbicide Free  Active Volunteer Group.

I will blog on this later, after a meeting called in 2 weeks time to work out the direction the growing number of Herbicide-Free Active Volunteer Groups take.

Busy morning shovelling gravel out of the under road pipes. Transplanted lomandras along the river bank and generally caught up after this weeks down pour.  Thanking wandering jew which has prevented severe erosion on a steep bank.

Blurry but this fly/bee was hard to photograph on Jayne’s rosemary shrub.

So short term politics rule, not only on our local level. Remember the promise of a herbicide-free Shire on all public land by a green rep? How many years ago was that?

Well worth a listen and the real threat of phyllids which is wiping 1000s of citrus trees through-out the world.

Botanist and writer Professor David Mabberley takes us through the remarkable and little known history of citrus fruit. This is not just about oranges, but all other types of citrus: tracking how they grow, where they grow and how they originated and why they’re good for us.
http://www.abc.net.au/radionational/programs/ockhamsrazor/the-rise-and2c-perhaps2c-the-fall-of-orange-juice/6302370

Following I listened to Back-ground briefing, on the bunker fuel cruise liners burn while anchored in port in Sydney. Pollution, equivalent to 1000s of vehicle emission’s pour into the air through heavily populated areas. Programme emphasises how impotent the EPA is.

And for the public good. 900 lobbyists in Canberra, 30 for each cabinet ministers and who mainly come from business.

Achieving happiness through science
Is science the enemy of myth and magic?
All well worth listening to again through-out the next week.

Although hot and humid, the week-end just past has seen a very busy time out in the rapidly growing gardens and tending to the bank at Wilson Creek Hall we replanted in lomandra and dianellas three years ago. No erosion and the soil is intact.

Electricity company too came in to inspect their 2 poles on this property. I have to clear the lantana around one of them. I leave the lantana beneath the power lines that cross this property to the neighbours, simply because if I remove it, tall rain forest trees will replace the shorter lantana. As it grows now only the odd bangalow palm grows through the dense foliage of the lantana.

Finished reading… A PRIVATE LIFE…..Michael Kirby’s ( now retired from Australia’s High Court ) memoir. Admire this man as he writes so eloquently about his life, coming out as a gay man and the outrageous assaults he had to endure on his character. Remember Bill Hefferman?
http://www.ushmm.org/wlc/en/article.php?ModuleId=10005261
Thank-you to Dean for sending me this book for Christmas.

Also just started reading the essays from THE BEST AUSTRALIAN SCIENCE WRITING 2014. In James Mitchell Crow’s… IS THERE ROOM FOR ORGANICS… he asks could the organic approach ever offer a sustainable, secure way to feed the world’s rapidly growing population ? He goes on to argue that a combination of both, conventional and organic….. with a more careful targeting of so called pests with herbicides. Modern technology (drones) allows conventional farmers and crop growers to sight where insects are invading therefore a more concentrated targeting for spraying. But he fails to mention the relatively modern use of synthetic fertilisers, mostly obtained from fossil fuels, and modern herbicides, glyphosate, only entering industrial agriculture in the 1970s and 1980s.
http://www.theecologist.org/News/news_analysis/2705020/a_tale_of_two_farming_conferences_the_future_is_real_and_organic.html

What I object to is why, in this country, where water is now a very valuable resource, we want to feed a world which is over-populating by the minute. Present western life-styles are not sustainable and Australia and New Zealand are slowly destroying our environments in our rush to export. Countries, in my view, should feed themselves first from their own land. Grow and eat what suits your environment. Why also do we in the West waste so much food ? With super markets carrying 20 000 plus products on their shelves I would like to know how much is discarded.
http://i100.independent.co.uk/article/the-global-obesity-epidemic-in-four-maps–lkszPZhg1l
Some informative essays on urban environments and how they are evolving with climate change, flora and fauna migration north and south from their once stable habitats and new diseases ect. Great reads so far after finishing 3.

Well worth a listen, parallels too for those who get their hands dirty at ground level…. to those who know ‘best’.
http://www.abc.net.au/radionational/programs/scienceshow/plants3a-from-roots-to-riches-part-1-of-5/6019794

The Pope contradicting himself in Manila. I just don’t understand how these religions can’t see their contradictions. A Jehovah Witness group turned up at my cabin one afternoon and told me how gay people were breaching god’s word. The man who told me that was beardless, wore synthetic fabrics, used an Ipad to quote the old testament from which 3 of his visible violations are from ( Leviticus ). The women wore jewellery and one even make-up. The Jehovahs were in the Nazi’s concentration camps along side of gays, bahais and the Roma people.

http://www.theguardian.com/world/2015/jan/20/catholics-dont-have-to-breed-like-rabbits-says-pope-francis
From the Pew group:

Shaking the tree of orthodoxy.

Don Watson’s new book http://www.abc.net.au/radionational/programs/bushtelegraph/don-watson/5788052 ( The Bush travels in the Heart of Australia, ) is about to be released. Watson spoke on Radio National where he outlined our fragmented relationship with the land compared to the Aboriginal People’s cosmology of the land…… .to how we treat the soil to what we put into our water ect ect.
A must read.

So as the coral tree injecting programme in our valley, next to running water, is gathering pace, my hope is the many objecting land-guardians hold their ground and refuse glyphosate use on the land they manage. The science, chemical free/most organic gardeners follow, from data collected from all over the world’s Universities to Friends of the Earth, all confirm the creeping negative input of glyphosate in water, sea water, air and soil and food. Some ecologists call this research hocus pocus. I wonder why when ecology means the study of the relationship between living organisms and their environment.

It then makes some of us responsible for alerting those environmentalists/ecologists/land guardians who are not aware of contemporary peer reviewed findings around glyphosate contamination. Out-side of what the self serving chemical companies say about their product, it is up to us, the lay people observers and citizen scientists to report what we read,see and observe. Its called a Public Service.

The pro-herbicide lobby remind me of the first defence of smoking as being harmless.
http://www.theecologist.org/blogs_and_comments/commentators/2516342/gmos_and_roundup_junking_down_our_food_supply.html

I was asked at the week-end what endangered birds depend upon the nectar of the coral tree. All I could say is that many birds feed on the nectar during the winter flowering months. With Australia’s appalling rate of fauna decline, it is vital, in my view, that we adapt to 2014 and our rapidly changing climate systems.

Buckets of water fell from the sky last night, gutters overflowed and the out-side buckets filled to the brim. All with-in 10 minutes then it was all over. Bush Telegraph, on Radio National, this morning told us that Australia has just experienced its wettest year since 1956, the difference being this year was that the overall temperature  did not drop as it has in the past. To the climate sceptics, who say there stands  the proof that rapid climate change is not happening, to them they are wrong. Simply because the warmest years ever recorded are upon us now.

On a lighter note. A couple more committed people have presented to speak at our Organic Bush Regeneration meeting to be held at the local hall soon. Both passionate and very active in chemical free bush regeneration and the techniques they use.