Myths of the Pristine………………Fred Pearce.

We live in what geologists are now calling the new Anthropocene, an epoch in which the planet is shaped primarily by humans. We need to get used to it. But we shouldn’t be depressed. For while one lesson of the Anthropocene is that nothing is pristine, another is that nature is resilient and resourceful. And while many endangered species are vulnerable to our activities, others like us. Humankind is not always bad news for nature. Some forests died, but others grew up to replace them. By breeding some species as crops and livestock, we increased the genetic diversity. And by moving species around the world ( as humans have been doing for thousands of years ) we have dramatically increased local biodiversity on a local level and which may have sometimes triggered a burst of evolution. 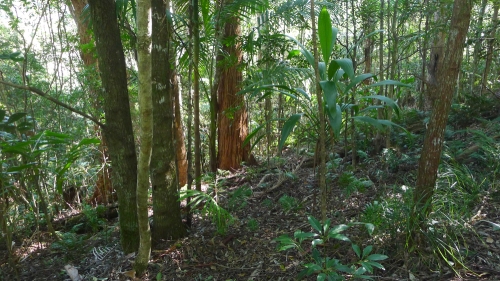 We have assaulted forests on a huge scale, yet where we have walked away, they have generally revived. This is especially true in the tropics, the area of our greatest current environmental concern. ” So called virgin forests have in fact undergone substantial prehistoric modification” says Kathy Willis. ” tropical forest eco systems are not as fragile as often potrayed, are in fact quite resilient. Left for long enough, forests will almost certainely regenerate”. There is, she says, no reason why that should not remain the case in the 21st century. The new forests won’t be pristine. But then, they never were.

From Myths of the Pristine.   THE NEW WILD      Fred Pearce.

In our present regeneration working site, as we unpeel the layers of lantana, tiny emerging rain forest are visible where a little light has been able to get through. In the site where we slashed, layered and pulled lantana last year, already a mass of scotch thistle, farmers friends and Giant devils claw ( remove the root of this one ) have flowered, and seeded, in the case of the thistle. I remove what ever maybe too close to an emerging rain forest tree and leave the rest for ground cover.  Next year, when the red, white and pencil cedars plus 10 more varieties of rain forest tree, have establish canopy ( yes, growth is incredibly fast ) another layer of introduced plants will colonize where the thistles ect grew. Within 5 years canopy shade will block out most introduced plants. Just as lantana filled the niche overgrazing and tree removal provided, now the thistle ect are the next plant stage which is nourishing and protecting our remaining soil. 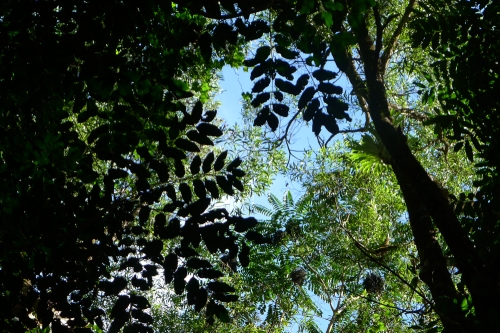 A wet weekend always gives me a chance to read, catch up and talk on the phone.

One article stood out for me was about Richard Di Natale, the Federal Greens Leader, looking resplendent in Acne, Balenciaga, Christian Louboutin and Hugo Boss fashion labels.

Already been previewed with his pro genetically modified food view with that implying he supports Monsanto ? I hope the up coming interview proves that assumption wrong.

No mention of the environment and over population in the reviews.

I wait for GQ  and the full interview with much anticipation. The review I read was in a celebrity column in the Fairfax press. 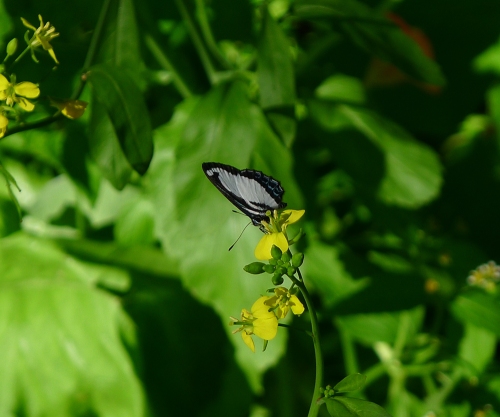 Wings closed…….. the previous photo of the beautiful blue butterfly.

Living in an old fridge in the garden shed. 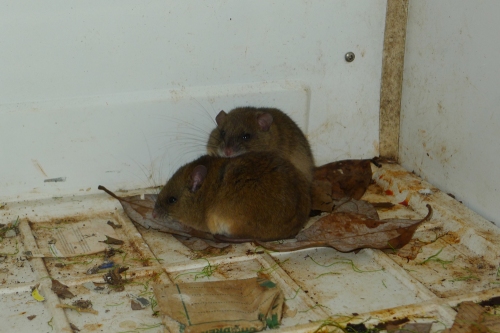 A reminder of the conservative agenda…..from the Uk to here where our government has continued to bash alternatives. 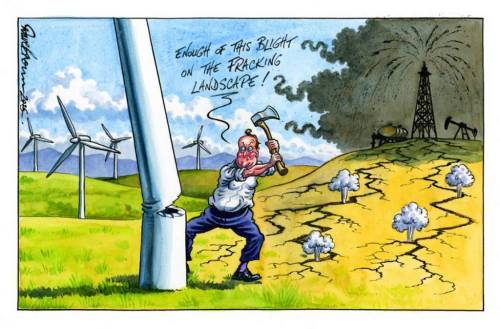 The new Green’s leader showing us a glimpse of his home.