Huge thanks to Tannon and Dion’s visit from Perth. You both let me rave on about the reality of living surrounded by fire, on and of since September, you cooked and prepared super meals with finger limes in cous cous salads and we danced and laughed.

Smoke has filled the valley. Wake up call for the summer ahead.

Billions of native animals, including mammals and birds, are being killed by cats every year, research has found.
Key points:
Feral cats are versatile predators and can prey on anything that’s in the right size range that they can get access to
There is a misconception that feral cats help keep down the numbers of other feral animals, including rabbits and mice
A researcher says owners of domesticated cats would be surprised by the distances their pets can cover

The research, published in the new book, Cats in Australia: Companion and Killer, revealed each feral cat in the bush would kill about 740 animals per year.
Meanwhile, a domesticated cat would kill about 75 animals in a year.
In total, the book’s authors said cats would kill more than 3 million mammals every day, while about 2 million reptiles and 1 million birds would also be killed.
The book is a compilation of key findings from hundreds of studies about cat management.

Walk out. From the Guardian.

A Sydney council says it will trial a new weedkiller after more than 500 workers walked off the job due to concerns over the use of the glyphosate-based Roundup.
The union which represents council workers said outdoor staff at Blacktown City Council last month refused to continue using glyphosate weedkillers, including Roundup, due to safety concerns.
The United Services Union said the “dispute escalated” on Wednesday after management ordered six staff either to use the product or be forced into alternative jobs, resulting in a number of employees stopping work.
The council sought an urgent hearing in the Industrial Relations Commission on Thursday morning after garbage bins were not collected and some outdoor services were disrupted due to the industrial action.

The Roundup row: is the world’s most popular weedkiller carcinogenic?
Read more

In a statement, the council said it was guided by Australia’s pesticides authority, which states that glyphosate is safe for humans, animals and the environment and notes no regulatory agency in the world considers it to be a carcinogen.
On Thursday afternoon the council announced the commission had endorsed an agreement with the union under which the workers would return to their jobs as long as the council implemented a trial of a “viable alternate weed control product”. 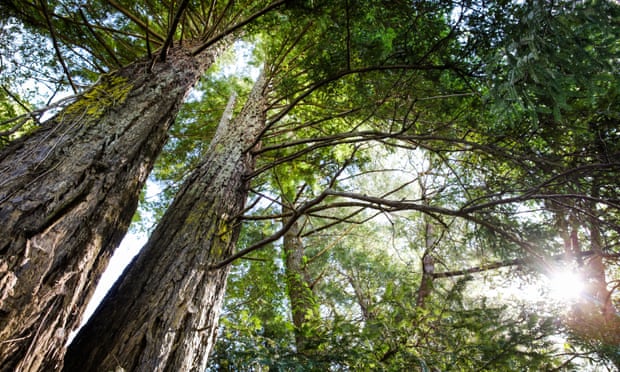 Planting billions of trees across the world is by far the biggest and cheapest way to tackle the climate crisis, according to scientists, who have made the first calculation of how many more trees could be planted without encroaching on crop land or urban areas.
As trees grow, they absorb and store the carbon dioxide emissions that are driving global warming. New research estimates that a worldwide planting programme could remove two-thirds of all the emissions that have been pumped into the atmosphere by human activities, a figure the scientists describe as “mind-blowing”.
The analysis found there are 1.7bn hectares of treeless land on which 1.2tn native tree saplings would naturally grow. That area is about 11% of all land and equivalent to the size of the US and China combined. Tropical areas could have 100% tree cover, while others would be more sparsely covered, meaning that on average about half the area would be under tree canopy.

Winter has arrived with a cold wind.

Nimbin was a pleasant experience. Small grocery shops with beautifully arranged fruit and vegetables. A wide range of local art with me spending large on cards and prints. A tasty vegetarian breakfast of roasted vegetables and salad with haloumi and a decent hot coffee.

A London council is growing a seven-mile long “bee corridor” of wildflowers in an effort to boost the numbers of pollinating insects this summer.
Brent Council in north London is sowing 22 wildflower meadows in the borough’s parks and open spaces, which together will form 50,000sq m of new flowering spaces and stretch seven miles in length.

The council said it believed the initiative to be the first of its kind in the capital.

The authority said workers were ploughing plots that have been picked as meadow areas. Once the ground is ready, seeds including ragged robin, cowslip and common poppy are to be sown to encourage more visits from pollinating insects.